Maria Sangiolo is a singer, songwriter and guitarist with eight solo albums to her credit: Follow Your Own Road and Blue Earth on the Signature Sounds Recording Label, and Eyes of the Heart, The Way We Live, Hello Moon, Fairy Moon – Songs of the Ring, Under the Mystic Sea and Maria and Friends – Planting Seeds (chosen for the 2011 Parents Choice Gold Award) on the Raging River Records label.  Sangiolo has shared the stage with Steven Stills, Patty Larkin, Cheryl Wheeler, Chris Smither, John Gorka, Livingston Taylor, David Wilcox, Tracy Grammer, Lori McKenna, Mark Erelli, Jim Henry, and Don White, to name a few. In September of 2017 she digitally released an EP, Songs of the Wood, and October Nights Live on cdbaby.com.

Her voice, described by The Boston Globe is ‘angelic and pure…a born singer.’ Her “stage presence is like a veteran,” says Livingston Taylor. She delivers her songs “touching lyrics and understated melodies with depth, poise, and grace,” noted the San Diego Union Tribune.  Her music show-cases her range of writing styles from heartfelt, melancholic ballads to rich narratives in the traditional folk form, to fun, contemporary folk. See more Press Quotes.

In August of 2016, she was awarded the Edwin Way Teale Artist in Residency and spent a week at the Edwin Way Teale Memorial Sanctuary, a 157-acre estate managed by CT Audubon in Hampton, CT.  This experience produced a collection of new songs which will be released digitally on her website in the fall of 2017. Sangiolo’s grassroots following both nationally and regionally in her home of New England has positioned her well for the long road as an artist. 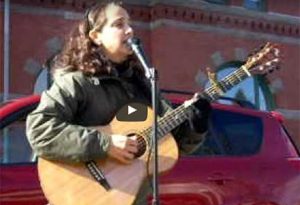 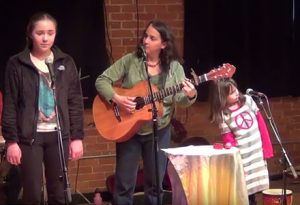 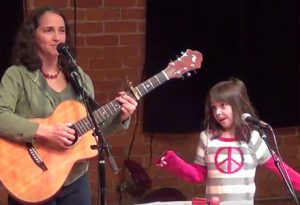